In this post, EDRi's member Defesa dos Direitos Digitais (D3) discusses the proposed law on making the tracing app “Stayaway Covid” obligatory in Portugal and analyses the consequences of such legislation.

On the 14th of October, following a spike in COVID-19 cases throughout the country, the Portuguese prime minister announced that he would seek approval of a law in parliament to contain the spread. The law proposed would make mandatory the use of face masks in public and the use of a contact tracing app “Stayaway Covid” by armed forces, public workers as well as in schools and work spaces.

The Portuguese contact-tracing app, officially introduced on the 1st of September, based on the DP^3T protocol and the GAEN api, had failed to meet the expectations of officials with just around 1,7 million app downloads (Portugal’s population is around 10 million). Additionally, with 37.687 cases being recorded, only 300 codes were inserted into the app.

EDRi-member D3 – Defesa dos Direitos Digitais (D3) had been running a campaign to expose the risks of these kinds of apps to control the ongoing pandemic and its ineffectiveness, long before the official app was introduced.

Following the Prime Minister announcement, D3 was quick to condemn the obligation of using the contact tracing app as authoritarian and one that does not belong in Europe. The mandatory usage of an app would cast many doubts on the constitutionality of the law, specially concerning the lack of evidence on its effectiveness – which would be crucial in the proportionality assessment required for the restriction of fundamental rights – and the practical enforcement by police forces.

It would also create distrust in the government, who had previously guaranteed that the adoption of the app would be optional. Similarly, it would likely represent a breach of the terms and conditions of Google and Apple’s API, which these companies had made available for governments to implement DP^3T based apps.

D3 made it clear that was ready to use any legal means available to block any legislation that would make the use of the app mandatory.

Since the announcement by the prime minister the subject garnered national press coverage, including interviews with D3. Fortunately, the majority of the Portuguese public society and political parties have declared to be against this measure or to at least have concerns about its constitutionality. Concerns have also been expressed by the President and members of the parliament from the ruling party. 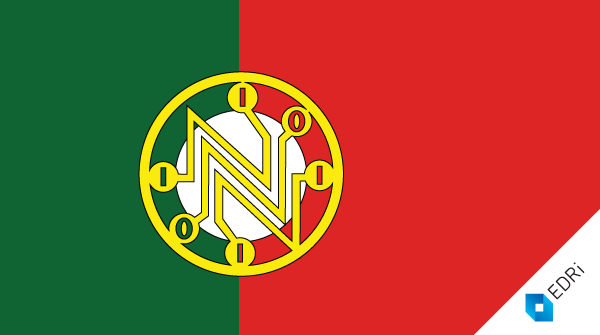 EDRi's publication This article is an adaptation of an article published at: https://en.epicenter.works/content/zero-rating-in-portugal-permissive-regulator-allows-isp-to-get-away-with-offering-some-of In 2018, the Portuguese telecom regulator ANACOM told the three major Portuguese mobile Internet Service Providers (ISPs) to change offers that were in breach of EU net neutrality rules. Among other things,…