ISPs ignored the Portuguese telecoms regulator ANACOM's recommendations, refusing, among other things, to increase the volumes of mobile data available to customers.ANACOM does not show the will or courage to address the problem.

ISPs are protected from fines by a government that, since 2015, still has not changed the law to introduce them.

Little has changed with Portugal's zero-rating offers, which are considered the worst in Europe.

Mobile Internet Data in Portugal: We pay some of the highest prices in Europe and our traffic volumes rank among the lowest.

What is Net Neutrality?

Net neutrality is one of the pillars of the Internet's technical design and one of the major reasons for its success. As a principle, it ensures that communications passing through the network flow freely, without interference, restriction or discrimination by the telecommunications companies that control the underlying infrastructure.

Just as the utility company cannot discriminate or interfere with consumer choices – whether they use electricity to power a computer or a toaster, how often they do so, or who connects the device – and should merely supply power and charge for the amount of energy consumed, an Internet access service provider should also only provide the access service, without interfering with the services the consumer wants to use over the Internet.

This principle of net neutrality has been central to the innovation, competition and free movement of information that characterizes this century. An open and neutral network, such as the Internet, allows any person to join and participate, offer their services, access information, express themselves, etc. In particular, the low barriers to entry have enabled a highly competitive environment in which small but innovative companies have been able to compete directly with large corporations, providing us over the years with levels of innovation and competition and the free circulation of information like we have never had before.

The European road to Net Neutrality in Europe

In 2015, after a long battle in the European Parliament involving widespread mobilisation of European citizens and intense campaigns by activists and digital and consumer rights associations – and despite an original Commission proposal to the contrary and a strong lobbying of telecommunications companies – net neutrality protections were introduced in the EU.1

Although these rules are generally considered to be quite positive and a victory for European citizens, some aspects remained unclear. In particular, zero-rating practices (see below) were not explicitly prohibited.

Other countries outside of Europe have taken a stricter stance. Zero-rating is prohibited in India, and the Canadian regulator CRTC has banned zero-rating offers based on the Canadian rules.

Portugal has recently come into the spotlight in this regard2 and has attracted international criticism3 due to the severity of Portuguese ISP's zero-rating practices.

The Market Situation in Portugal

The Portuguese market has several constraints that make zero-rating practices especially harmful to the Portuguese consumer:

Contrasting realities in mobile data consumption in Europe, with Portugal standing out in the negative. Source: http://research.rewheel.fi/prices/country/

Evolution of the price of mobile data in Portugal is preposterous.

For a more detailed analysis, please refer to the submission submitted by D3 and epicenter.works, together with 11 other organizations from different countries, to ANACOM last year.

With regard to the landline Internet, Portugal always has had a leading track record at the European level, with Internet speeds well above the European average.

This makes for a very stark contrast with the situation on the mobile market with Portugal far behind.

This situation is not random. In fact, Portuguese ISPs keep offering fairly low data limits to consumers in order to make money selling top-up data packages, and have no incentive to raise those limits and alignin them with the European average.

In this context of scarce mobile data, zero-rating offers for specific groups of applications may at first glance seem particularly attractive: for a relatively low amount, consumers are given data volume several times their monthly limit, so long as they use it only on a specific group of applications.

For many consumers, especially for young people, these offers may even result in lower overall charges. However, this only the case because the general-purpose data volumes that available to Portuguese consumers are kept articifially low.

While in Europe mobile data limits are increasing each year, with several countries where unlimited traffic is already commonplace, Portugal trails behind.

Are these practices prohibited?

As mentioned, the way the European net neutrality rules are phrased regarding zero rating leaves room for interpretation. For this reason, the European Electronic Communications Regulators Body (BEREC) has created guidelines for national regulators on how to implement these rules. Among others, they state that there are situations where Zero-Rating is clearly prohibited: when, after the general-purpose volume is consumed, all applications except zero-rated applications are blocked or slowed down. This restriction should in principle guard against the practice of only offering small general purpose data volumes, that nevertheless can be observed in Portugal.

Additionally there are cases where a zero-rating offer may be banned, but this depends on a case-by-case analysis of national regulators, which must take into account the following factors:

When we say that Portugal has the worst Internet neutrality violations in Europe, it is because, following the criteria above, it ticks almost all of the boxes above.

It is precisely in countries where people have low data volumes that the adverse effect of these offers is most felt. Zero-rating would be less problematic if we were provided with much higher data limits.

It is in these markets that the end user is most conditioned on their choices, not really having a free choice when, between two competing applications, the use of one comes out hugely more expensive than the other, by choice and action of the mobile operator. The range of application choices for the same purpose can be quite wide, but if application usage implies data traffic, and if data traffic from each application to the end user comes at a very different price, the consumer's choice is conditioned and reduced. The ISP creates an economic incentive for their consumers to use certain applications rather than competing applications. This price discrimination is the precise opposite of “ensuring fair and non-discriminatory treatment of traffic”, one of the aims of the Regulation.

It also undermines the “functioning of the Internet as a driver of innovation” (another objective of the Regulation) as it raises artificial barriers to competition, protecting already popular and already marketable companies and discouraging new entrants to the market because they are not given the proper opportunity to compete on equal conditions. Moreover, the favoured applications also tend to be applications of American origin. A recent study from epicenter.works found that of the top 20 of the most common applications in this type of offer, 15 were from the US, and only 3 were European.

The fact that Portugal is a market where only three mobile operators have a 98% market share marks the cherry on top.

Given all this, what has ANACOM done?

In view of this situation, ANACOM, late decided to intervene, even if years late. What did they do?

Essentially, ANACOM, following a draft decision, a public consultation and a hearing of the parties, published a decision in July 2018. In it,

Firstly, ISPs immediately blamed ANACOM vis-à-vis their clients for the (minor) changes they were required to implement, passing the reputational cost associated with the change on to the regulator, counting on the fact that the public does not have the information to understand the decision.

Regarding the more technical issue of differential treatment after the general data ceiling has been exhausted, most operators have complied with ANACOM's requirement by automatically activating an extra data ceiling, charged at a predefined price, or blocking data consumption in cases where this would exhaust the account balance.

Regarding ANACOM's recommendation to increase data volumes, bringing monthly data volumes closer to zero-rating offer volumes, all operators simply ignored the regulator. Not one has changed its offers, one of the operators even claimed that "the current ceiling is adjusted to the demand".

“[...] it is noted that none of the PIAS made changes to the traffic limits of these offers to reduce the traffic volume differential existing between general and specific data allowances under the zero-rating and similar offers.”4

Regarding the publication of the terms and conditions under which companies / applications may enter zero-rating packages, all operators ignored the regulator's recommendations as well.

“Moreover, none of the providers considered the ANACOM recommendation regarding the publication of the specific conditions imposed on potentially interested entities in incorporating their respective applications and/or content into the zero-rating and similar offers.“

The regulator's reaction to the responses

“ANACOM will continue to monitor all matters concerning these recommendations. [...] in particular zero-rating and similar practices[] are of sufficient relevance to justify further analysis in the context of net neutrality [...]“

In light of such overbearing ISPs, our regulator has decided to… continue to analyse the situation,

Additionally, in order to continue the analysis of zero-rating and similar offers, ANACOM has proposed to develop, during the period 2019-2021, an analysis report on this type of commercial offers, giving priority to aspects other than management practices after the general data allowances have been used up, although this aspect will still be monitored [...].

... and develop an analysis report. Over a period of several years.

D3 can only regret the lack of will and/or courage on the part of ANACOM, which abdicates its obligations to the Portuguese consumers and condones, by omission, the harmful practices of ISPs.

Zero-rating offers harm consumers, harm free competition by tilting the playing field in favour of certain applications, and constitutes a threat to a free and neutral Internet.

By not acting on price discrimination practices between applications and restricting its action to technical discrimination of traffic, and by merely issuing promptly ignored recommendations, without making the appropriate conclusions, ANACOM shows that it has no intention to act on the underlying problem of zero-rating offers.

In summary, we have in Portugal the following scenario:

Faced with this unfortunate scenario, which is detrimental to Portuguese consumers who find themselves unprotected by the responsible institutions, we believe that it should be the Parliament, ie the parties represented in it, to take initiative in order to correct this situation.

In this regard, we call on our representatives in the Assembly of the Republic to bring forward legislative initiatives to:

This is without prejudice to measures aimed at ending market over-concentration.

Finally, we also call on the Government and on the parties representated in the European Parliament to push for a clarification of the current rules on the European level to explicitly prohibit zero-rating and similar offers. 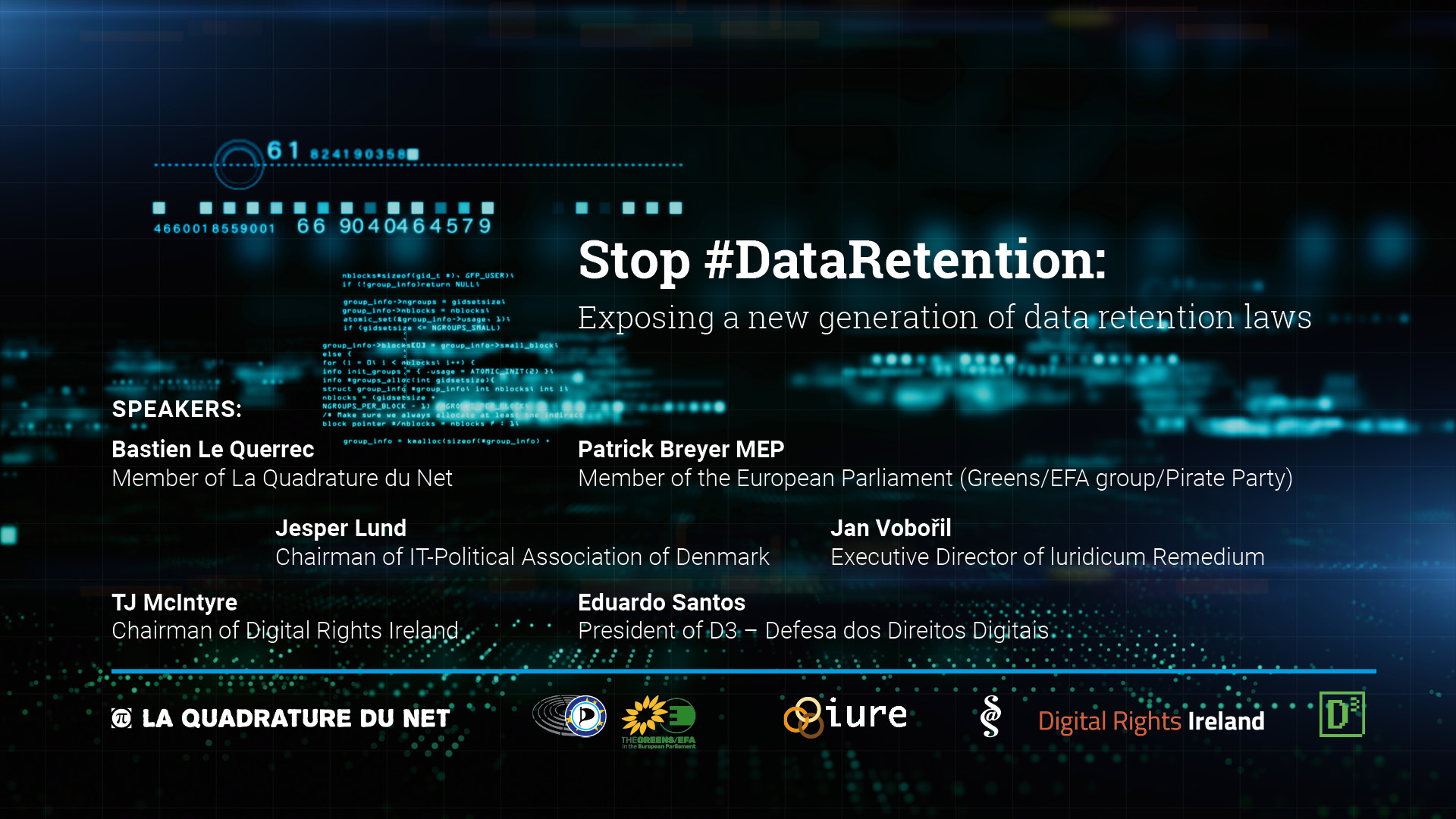 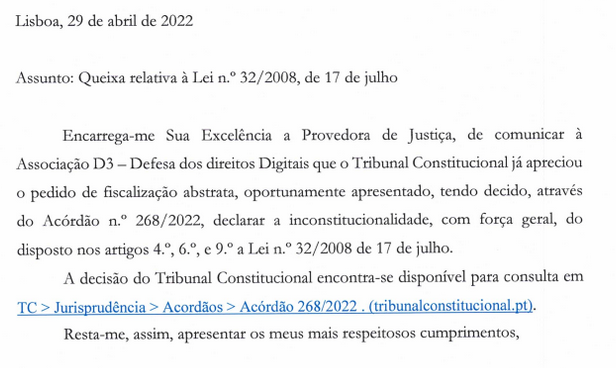 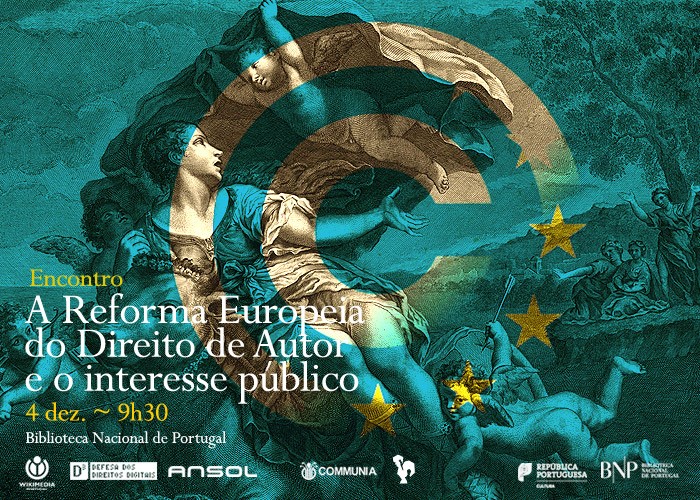